A Vision of the Future- Toyota’s ‘Concept-i’ Vehicles 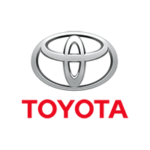 One year ago, at the 2017 Consumer Electronics Show in Las Vegas, Toyota unveiled their ‘Concept-i’ car, and around Thanksgiving, they added two more vehicles to the line-up in time for the Tokyo Motor Show. Concept-i is Toyota’s interpretation of the future of personal transport and mobility and takes us around thirty years beyond the… 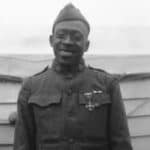 Salute To Service – Cpl. Freddie Stowers Our Black History Month mini-series continues this week in Salute to service with the story of Corporal Freddie Stowers – a man who, though he could never know it, surely will go down in history as one of the men who started the movement towards the fully-integrated military… 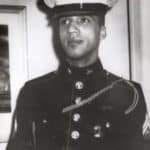 Salute To Service – Rodney M. Davis The Vietnam War was a unique conflict in human history – not only did it polarize opinion here at home, but in the field, America’s soldiers had to deal with a number of circumstances that served to make the already hard task of waging war even harder. Taking… 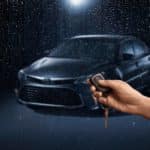 The New 2019 Toyota Avalon – Fit For A King? ‘Avalon’ is an island featured in the stories comprising the Legend of King Arthur. It is the mythical brit’s final resting place, and it is depicted in those stories as an idyllic locale, not unlike the Garden of Eden or Paradise. Much like the island…

Nissan’s Performance Heritage Comes Together at the Nismo Festival 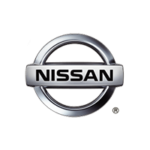 Around Thanksgiving each year, just as the world’s motorsports seasons are winding down, the hills around  Mt. Fuji in Japan come alive with the sound of horsepower as a multitude of road and race cars – all breathed on by Nissan’s motorsports division, Nismo – gather at Fuji Speedway for the annual ‘Nismo Festival’. 2017… 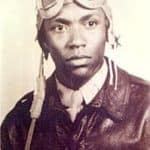 In honor of Martin Luther King Day and the upcoming Black History Month, over the next few weeks salute to service will focus on a number of celebrated African-American military men – telling their stories and paying our own well deserved tribute. Being proud of our roots here in the CSRA, we don’t think there’s…

Jeep’s Classic is Back, And quite Possibly Better Than Ever! 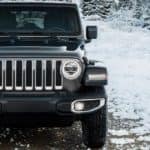 Today in the Bob Richards Blog we take a look at the new 2018 Jeep Wrangler. As you no doubt know, the Wrangler is directly descended from the WW2 military vehicle the marque takes its name from today, giving the Wrangler line in particular quite the ancestor to live up to. We’re not going to… 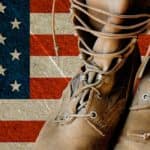 This week’s edition of salute to service features Philip Colman, a military airman who served his country in WW2 and Korea, and whose exemplary career with the USAAF and USAF saw him rise through the ranks to become one of the elite pilots of his era. In addition, as a civilian, he also found time… 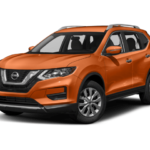 Earlier this year, Rogue was named as Nissan’s best-selling car in North America – without a doubt that’s something we’re very proud to have contributed to here at Bob Richards Nissan and Nissan of Augusta, and we certainly hope that all of you who bought a 2017 or 2017.5 Rogue are very happy with your…

Salute to Service: Thomas Dry Howie, The Major of Saint-Lô 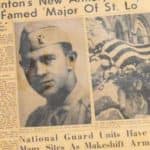 The poignant tale we tell in this week’s salute to service is that of a man clearly beloved by his comrades, respected by his superiors, and who did his part to help the Allied cause take those first few steps on the road to Berlin. Sadly this South Carolina man became one of the thousands…

Posted in Salute To Service
Next Page
Search
Find Your Vehicle ×