A Final Farewell For the Viper 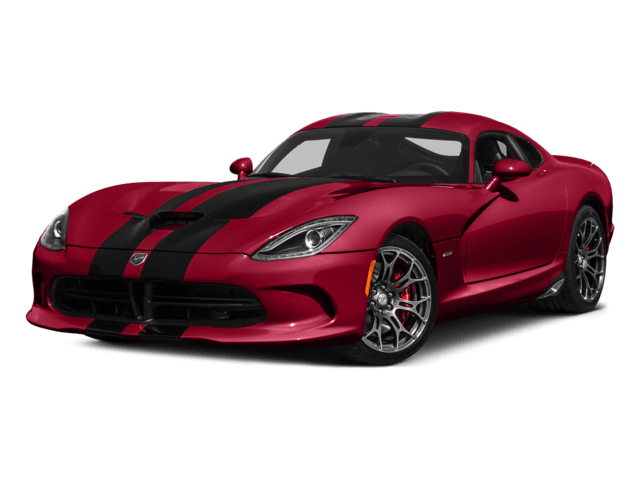 Let us take you back to January 1989 – it was the final few days of Ronald Reagan’s time in the White House, Rain Man was the film to see in theaters, and a gallon of gas would cost you around a dollar. Infiniti and Lexus were in their early days in the automotive market in America – but at the first auto show of the year, Chrysler stole the show by unveiling a concept car that would become a legend – the Viper.

On sale from January 1992, the first-generation ‘SR-I’ Viper was, looking back on it, a bit mad. Firstly, the engine was at the front but the battery was at the back, there were no door handles on the outside, and no side windows or a roof either – not even as an option. Instead, for your money you were provided only with a fabric and transparent plastic soft-top that you would have to zip and bolt into place on the fly if it started to rain, and a VHS tape on how to do so. Still, all of this was done with reason, and that reason was performance. A roof would mean extra fiberglass body panels and in turn extra weight and cost, exterior door handles would have also added some weight and likely hurt the aerodynamics too, while placing the battery in the rear went some way to balance out weight distribution and thereby improve handling and stability. When it comes to styling, the 1992 car really evokes the pose of a coiled snake about to strike, with the headlights completing the look by providing a perfect mean squint. Those cues have stayed with the Viper throughout its lifetime – perfected, updated and refined, yes – but park today’s Viper alongside the first one and it’s abundantly clear that the two cars share the same design DNA.

The star of the show though was the motor – an 8-liter odd-firing V10 that’s so unique it’s simply called a ‘Viper engine’. With 400 horsepower and 485 lb. ft. of torque, this engine meant that the Viper was good for 0-60mph in under 5 seconds, and a 12-second quarter-mile, while the wide tires made sure that the car could handle and really put those 400 horses onto the road, too. The original Viper was a spartan and focused vehicle, and if built today it may well be considered a track-day car – but by the time the SR-I cars gave way to the ‘SR-II’ Viper in 1995 GM had moved it firmly into sports car territory. Concessions to driver and passenger comfort had been made by adding air conditioning to the cabin and introducing a coupe version (the GTS); the RT/10 roadster was also given a removable hard top, and as time went on the Viper would receive more safety features and accoutrements like anti-lock brakes, modern airbags, and a touchscreen. Still, all of these things were added without selling the Viper’s soul, and throughout its life the Viper always remained the loud, proud and unsophisticated beast that it was when it first went on sale.

The SR-II Viper lasted 6 years, from 1996 to 2002. For the GTS, the powerplant was a 450hp evolution of the V10 Viper engine, while RT/10 models had to make do with a ‘mere’ 415hp until 1998, from which time both models used the GTS engine. The SR-II’s were also considerably lighter and stiffer than their predecessors, which when combined with the extra power marked a significant step forward in performance despite the loss of the hardcore, track-day feel. The next big improvement would come with the ‘ZB-I’ Viper which arrived in dealerships for the 2003 model year. This generation consolidated the two previous SR-II Vipers (the RT/10 roadster descended from the original concept car, and the GTS coupe) into one single vehicle dubbed the SRT-10 – continuing the traditions of the RT/10 and GTS, the SRT-10 was available as either a coupe or roadster – but unlike previous Vipers both body styles shared the same chassis. The engine also had its displacement increased to 8.3 liters, which boosted power to 525hp for the roadster and 535hp for the coupe, while handling and cornering performance were further improved by another round of weight-reduction. The ‘ZB-II’ Viper Coupes of 2008-2010 were the first to reach 200mph thanks to a new, 8.4-liter evolution of the familiar odd-firing V10, now with 600hp it was capable of propelling the car to a top speed of 202mph, and setting an unofficial lap record at Mazda Raceway Laguna Seca at 1 minute 33 seconds.

At the time this was also planned to be the ultimate, final evolution of the Viper and production did indeed cease in summer 2010. By September though, the 5th generation ‘VX’ Viper had been announced and early prototypes shown to select groups of people. This prototype would go on to become the current edition of the Viper that’s been on sale for 4 years now and it continues the story of evolution, as the same V10 that’s been the beating heart of every Viper now develops 645hp – over 150% of the power the 1992 car offered. However, with the closure of FCA’s Conner Avenue plant earlier this month – the place where Vipers have been built for over 20 years – it now seems that the 2017 edition will be the final model year and if that is the case, the final Viper ever made is a red coupe with chrome wheels completed on August 16, which is destined for Dodge’s heritage collection. Sports cars have changed so much during the last 25 years, and yet for the Viper the more things changed the more they stayed the same. By sticking with the same basic formula throughout production, during its time the Viper has gone from the ultimate expression of automotive performance to a retro throwback in the best way – in a world of turbos, hybrid technology and electronically-managed-everything, it became a reminder of (and some might say a love letter to) the old ways – and how good a driving experience could be when stripped down to the bare essentials. We here at Bob Richards will certainly miss them, but we are glad to see that the Viper has a chance to go out with a bang…

You see, Dodge themselves never took the VX Viper to the Nurburgring. A lap around the fearsome 12-mile track in Germany is something of a rite of passage for sports cars, and a way of measuring how they stack up against their competition and their forbears – the latest-generation Viper was without that honor until a group of enthusiasts and insiders crowdfunded such a trip for 2 identical, fully street-legal 2017 Viper ACR’s this past July. With German pro racing driver Dominik Farnbacher at the wheel the group’s goal was to set a sub-7-minute laptime – time and weather were not on their side however and despite a sterling effort from all concerned they fell 3.46 seconds short of their target. Nevertheless, at 7:03.45, their best time is still good for the 6th fastest lap all-time by a stock production vehicle, setting new overall records in a number of sub categories and coming in just under 9 seconds faster than the previous Viper best – again set by Farnbacher in a 2010 Viper ACR. However the story doesn’t quite stop there… The 2 cars, decked out in white with blue stripes just like the first Viper racecars – and proudly wearing Texas dealer plates – are still in Germany, and the group has plans to return in late August for another shot at the 7-minute barrier. In the meantime however, we encourage you to seek out the amazing on-board footage the group have placed online, and ride along with Farnbacher as he guides the Viper to a new personal best at ‘The Green Hell’.